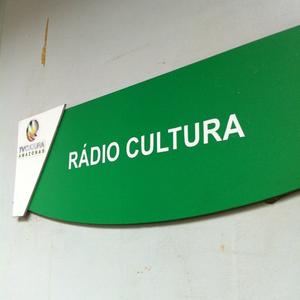 > From: info@radioheritage.net> To: info@radioheritage.net> Subject: FDFM Radio Targets Fiji on Shortwave> Date: Thu, 7 Jun 2012 18:18:14 +1200> > > Media Release> Radio Heritage Foundation> www.radioheritage.com> June 7 2012> > > FDFM Radio targets Fiji> with new shortwave broadcast> ____________________________ > > > The Australian based Fiji Freedom & Democracy Movement has launched a> weekly one hour shortwave radio program in Fijian targeted at Fiji> says the Radio Heritage Foundation www.radioheritage.com.> > Broadcast at 8.30pm on Mondays [Fiji time] the program features news,> information, interviews and music designed to reach local Fijian> listeners and promote the FDFM vision of the restoration of a> democratic Free Fiji under the 1997 constitution.> > The shortwave radio broadcast is heard on 11565 kHz and the first> broadcast this week was widely heard in Fiji, Australia, New Zealand,> Japan, USA, Sweden, Finland and Germany. It apparently originates> from a leased time privately owned transmitter located in the USA.> > Local radio media in Fiji must operate under regulations including> news censorship by the military government which came to power in a> series of coups and which has, at times, closed down the local FM> relay stations of both the BBC and Radio Australia.> > Since the 1970's radio stations and programs opposing Pacific> governments have broadcast from a number of Melanesian states such as> Papua New Guinea, Vanuatu, the autonomous region of Bougainville, and> now Fiji.> > Whether indigenous Fijian listeners have modern shortwave receivers> capable of hearing FDFM Radio is questionable, as they already have> access to a large variety of state and private local FM radio> stations broadcasting popular programs in Fijian.> > The Fiji Freedom & Democracy Movement is the same organization that> said it planned to broadcast from a pirate radio ship off the Fijian> coast in 2010. It's clearly found that paying a few dollars to rent a> shortwave transmitter thousands of kilometers away from Fiji for an> hour each week is far less expensive.> > Listeners can hear podcasts of the broadcasts and find out more> information about FDFM Radio at> https://sites.google.com/site/fijidemocracymovement, as well as an> email address to which reception reports and comments can be sent.> > For more details about radio in Fiji, we recommend the Pacific Asian> Listener Radio Guide and Pacific Travellers Guides at> www.radioheritage.com. Features about the history of broadcasting in> Fiji can also be found here.> > Radio Heritage Foundation is a registered non-profit organization> connecting radio, popular culture, history and heritage and features> and radio guides are available for free community use at> www.radioheritage.com.

** MEXICO. 6185, June 8 at 0205, XEPPM is back to just-barely modulating. A pity as much of the evening now, there is no CCI and little ACI. 0444 recheck, still JBM but I can tell there is music; as usual blasted away at *0459:50 by 6190 CRI via Sackville, unfortunately still on the correct frequency, unlike an earlier broadcast: see CANADA (Glenn Hauser, OK, DX LISTENING DIGEST)